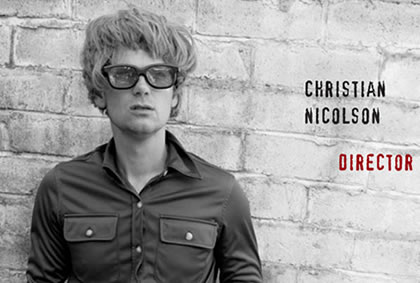 Growing up in the 70s and 80s in NZ, we had one tv channel worth watching. This meant we all tuned into the same stuff; six million dollar man, star trek, incredible hulk, battlestar galactica. There was no cgi, no matrix-like manoeuvres. Effects were manual or done using cunning tricks. The good old days.

When Steve Austin lifted heavy things, it was the sound effects which made it work, when he ran really fast, we saw him in slow motion with his special music. The hulk was a big muscular guy painted green. I look back at blake’s 7, star trek and all the old sci-fi and everything now looks so fake. But in our eyes it was real. We took that leap of faith into a world where we wanted to be. It was that magical era that I want to return to. How would we react now in a universe of such humble origins, where what looked so fake was actually real? This is the universe I want to create. In the spirit of the old sci-fi, where special effects were basic, I will expose the simplicity of it all. Using the low budget as a means to be creative rather than restrict we can have fun with the script and make some cool visuals. I am going to surround myself with like minded people and create a cool movie that lasts forever as something unique and special. That’s my vision. Quirky, fun, dramatic and beautifully shot while remaining true to its origins. It will be amazing.